Home » About Us » Celebrating 90 Years » History

In 1933, Sidney Lovett established a program of religious counseling for the Jewish students on campus, since there were no such resources available to the Jewish community at Yale. Eventually, the counseling program evolved into the Yale Hillel Foundation.

By 1935, the chaplaincy was coordinating religious work on campus, by bringing together Dwight Hall (YMCA), the Berkeley Associates (Episcopal students), the Catholic Club and the Jewish group.

Lovett set Yale apart as a leader in university chaplaincy, bringing together religious leaders on campus in a time when religion was at a low in universities across the country. He created an environment that allowed for the collaboration of leaders from various Protestant denominations, as well as the Catholic and Jewish communities. In 1946, Lovett organized the Religious Ministry to Yale University, which comprised the chaplain, the five Protestant leaders of the University Christian Association (Dwight Hall), Rabbi Samuel Sandmel of the University Hillel Foundation and Rev. Edwin O’Brien of St. Thomas More Catholic Chapel. This organization was created to identify the full time religious leaders on campus who were available to serve the students and faculty of Yale.

In the 1960s, this group was growing and evolving into what is now known as the Yale Religious Ministry. In 1967, formal measures are taken to establish membership, discipline and purpose for ministry leaders on Yale’s campus. At this time, the membership primarily includes the leaders of the Protestant, Catholic and Jewish ministries. In the 1970s, membership extended to ministries at neighboring colleges and universities.

The first YRM covenant, what is now referred to as The Agreement of Yale Religious Ministries, was adopted in 1976. This signed document set agreed upon guidelines of how the community would work together and serve the religious needs of students at Yale.

Over the decades, the religious leadership has changed as the religious makeup of the Yale student population has shifted throughout the last 90 years. Today, Yale Religious Ministries is comprised of professional clergy and laypersons representing the more than 25 religious and spiritual traditions that constitute an important part of Yale’s diversity.

Future of the Chaplaincy

The future of the Yale Chaplaincy will certainly thrive through the continued creative and rigorous growth of programs that respond to the needs and aspirations of the spiritual and religious communities of our campus. Over the course of the next ten years the chaplaincy will remain consistently grounded in the value of radical hospitality and welcome to all people throughout the entire Yale community. 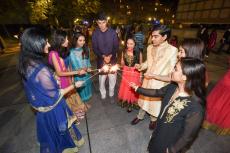 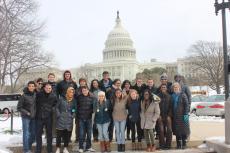 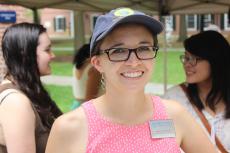