Home » About Us » History

More than 250 years ago, Yale’s President Thomas Clapp and many of the one hundred or so students of Yale College took the unusual step of separating from the local Congregational church to create the first college church in America. Thus began Yale’s efforts to build a spiritual center for the life of the University and create religious offerings specifically focused on students. Over these centuries, Yale has never lost sight of the need for this center even as the religious landscape of the campus has changed. This plan will describe a re-imagined spiritual center for the University as a place where hospitality, care, respect, education, service and reconciliation will describe a crossroads where students from the world’s religious traditions can meet and learn together.

Between 2003 and 2008, Yale University took a series of dramatic decisions to re-imagine the shape of its historic Chaplaincy in response to a changing University. The University Council Committee on Religious and Spiritual Life at Yale (2003-2005) submitted a report in 2005 after conducting an external and internal review of the existing program and changing religious and spiritual needs. Yale responded to the report with a series of decisions: the University Chaplain’s position was separated from the University Church’s Pastor position, creating a University Chaplain’s position with overall administrative responsibility for religious and spiritual life and a Pastor’s position with responsibility for the historic campus church and Protestant Christian life on campus. A full-time Coordinator of Muslim Life position was created and filled. The campus church became an ecumenical student-focused congregation and disaffiliated from the national United Church of Christ. Financing of the Chaplain’s Office was reorganized under historic endowments donated for religious life. A new Agreement was developed by the members of Yale Religious Ministries to govern the many Yale religious groups’ relation to the University and to one another. 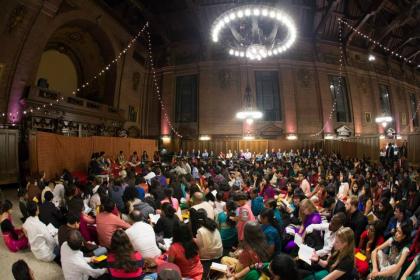 There have been dramatic demographic changes at Yale. Yale College students who were once almost exclusively Protestant Christian are today roughly 25% Catholic, 17% Jewish, and 30% Protestant, with growing numbers of Muslims, Buddhists and Hindus - and significant numbers of those who say they have no affiliation or a mixed affiliation. Where once a Protestant chaplain could serve the needs of most of the student body, today’s students bring needs for religious services and guidance not only from many different faiths but also many different international expressions of historic faith traditions. Where once the need for better understanding of religion meant understanding the differences between different Christian groups, now students encounter the full range of global religious diversity in their classrooms and activities.
Today the Chaplaincy’s approach to religious life is an outgrowth of both Yale’s history and a critical reflection on the role of religion in higher education. The decision to separate the University Chaplain’s position from the Pastor of the University Church’s position symbolized the University’s desire to have a leader whose full-time effort could be devoted to the entire University, without the pressures of serving one faith, denomination or place of worship. And yet, Yale chose not to take the path of many other highly-selective institutions over the last fifty years and close the historic Protestant ministry. What Yale is derives in part from the principles of its founders. By giving new energy and focus to an ecumenical Christian ministry focused primarily on students, Yale is affirming not only its heritage, but also that the Protestant Christian communities are – and should be – active partners with other faith communities on campus. 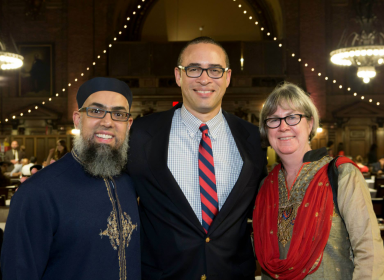 As the 2005 decisions demonstrate, Yale’s approach is secular in that it does not favor or establish any particular religious tradition. Yale is open to students, faculty or staff without regard to their faith. But Yale is not secularist in that it does not seek to marginalize religious expression, so long as it is within the boundaries set for open and honest discourse in an academic community. People with religious and spiritual commitments are a critical part of the institution’s diversity.