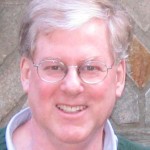 As a student activist at the University of California Don became involved in the free speech and civil rights movements, where he challenged the prevailing presuppositions and truth claims of the day.  What is real, what is true, what is right, always have been the guiding concepts in his personal and professional journey.  Long interested in the sciences, with the early belief that science was central in the answer to these questions Don received a B.A. cum laude in Molecular Biology from the University of California, San Diego.  While there Don was one of two undergraduates to work in the lab of chemist and Nobel Prize recipient, Linus Pauling; as well as in the lab of evolutionary biologist, Russell Doolittle.

Don’s next step in his academic journey took him took him to theology and philosophy.  He holds a Th.M. cum laude in Theology from Dallas Seminary; and has seven years of graduate study in philosophy from the University of Aberdeen, Scotland where he studied on a Rotary Fellowship, from the M.A. program at Tufts University, and from Oriel College, the University of Oxford in the M.Phil/D.Phil program.  Don has been a teaching fellow in philosophy at Yale as well as a guest lecturer in religious studies.  He was awarded a Templeton grant through the American Scientific Affiliation which was used by Rivendell to host a lecture series on the nature of the human person.

His current professional interests include:  philosophy of science particularly the role of the scientific method, the privileged status of scientific knowledge, and the integration of faith and science; political philosophy focusing on natural law theory, human rights, and the relationship between politics and religion.  Don is also involved in Muslim – Christian dialogue, concerning issues of reconciliation, mutual understanding, and religious freedom.  In addition, he mentors students to integrate scholarship and professional obligations with their faith in both local culture and the broader global community.  Along the way Don has been a restaurant consultant, sommelier, and Pastor to Single Adults at a mega-church in Dallas.

Don is a long-time member of Yale Religious Ministries and serves on the Board of Directors for the New England District of the Evangelical Free Church of America.  Don and his wife Sue live with their daughter, Taryn, in New Haven, CT.